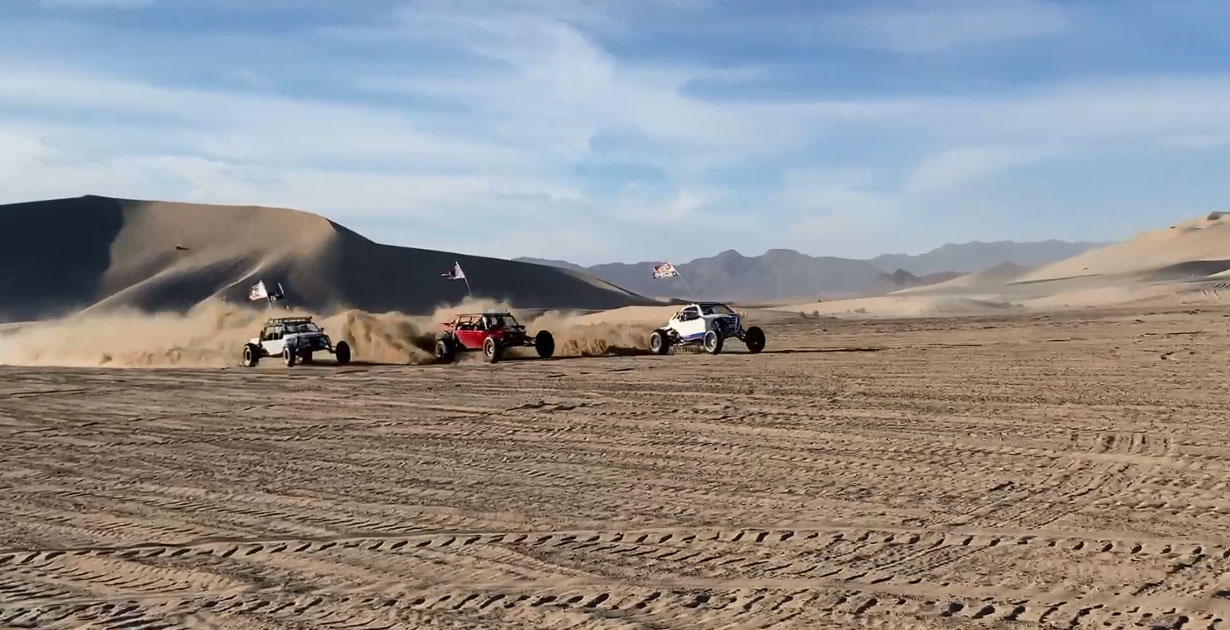 Over the last two decades, there has been talk of getting some daily drags going at Dumont similar to what Glamis does. For those of you that aren't familiar with the Glamis drags, every day (usually Friday or Saturday late afternoon or just before sunset) hundreds of duners line up to mostly watch, but also participate in a rolling start style drag race near Gecko Road. It's completely informal but the turnout hasn't skipped a beat for decades. There's no flyer. There's no schedule. There's no post on the internet. It's just what happens. 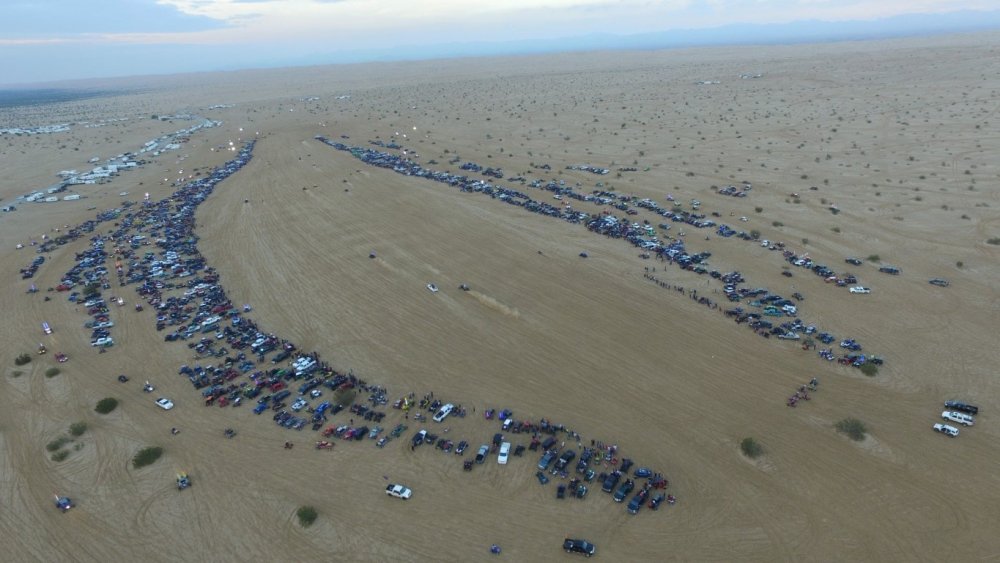 So as of New Years weekend, Dumont has attempted to revive a tradition that has never quite stuck. It's small, but it's a start... or another beginning we might say. Duners who have an itch to line up and give it their all are starting to line up on the back stretch of the sand highway between Comp and the North Pole. So far it's a small turnout, but it has happened more than once and it's been successful. The fastest sandcars, side x sides, bikes, or whatever it is, might be back there ready to claim some bragging rights. The next time you are at Dumont, especially on a holiday weekend, cruise back there to see if it's going on. Line up and hang out. That's what most people do at Dumont lately right? It's has started around 3PM and goes until sun down. Just don't forget to play it safe and be aware of those around you in the dunes. This is a new thing to most duners at Dumont so keep that in mind when reaching fast speeds in an area where there's usually nothing happening. Have fun and be safe. 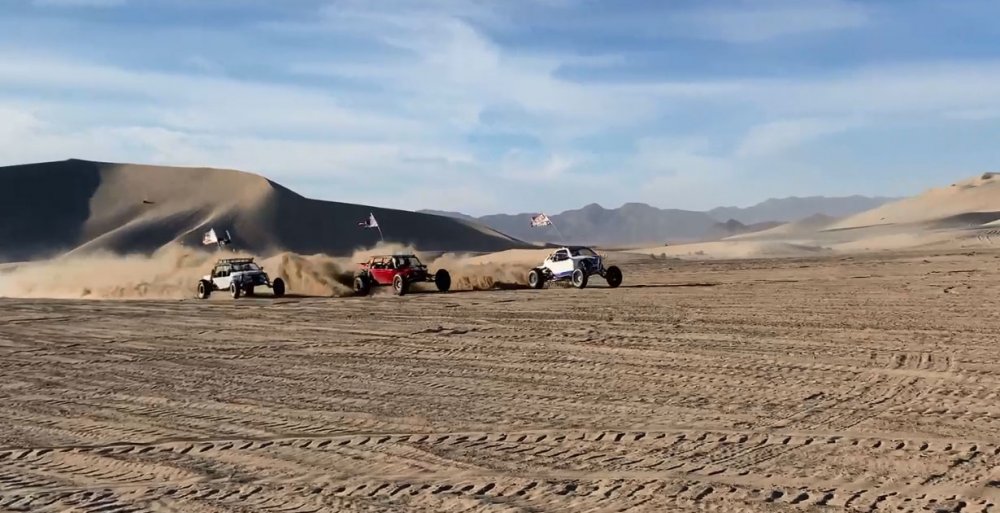