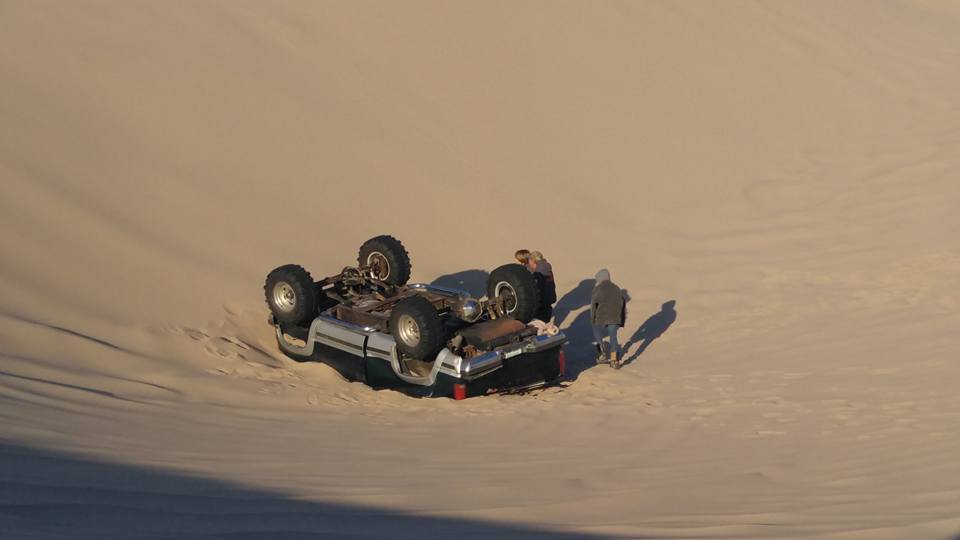 On Friday around 6:30 AM, a Blackhawk medevac was spotted hovering over Banshee Hill area. It stayed there for about 20-30 minutes before landing near an overturned truck.

During the early morning hours on Friday, the truck crashed and landed upside down in the dunes between Banshee Hill and the Superbowl. Around 4:00 A.M. the driver of the Blazer/ Tahoe managed to walk out of the dunes looking for help at the closest camp. He knocked on an RV door for help and those duners warmed him up and asked what was going on. They then rode into the dunes, found the truck and the passenger could not move. 911 was called and a medic helicopter arrived.

The passenger was extracted from the vehicle and airlifted out. There were reports of him not being able to feel his lower extremities. The truck was flipped back over and removed from the dunes. 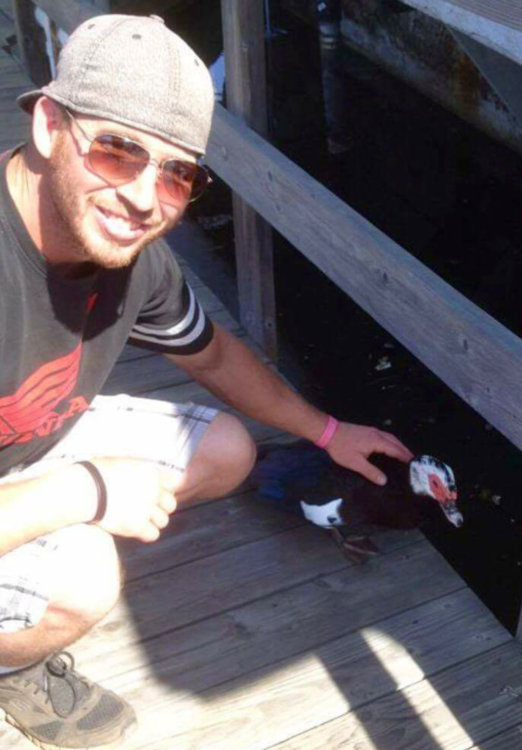 On Thursday November 24th our dear friend Kyle Bronson was tragically injured in an accident at Dumont Dunes. They had to life flight him to Las Vegas where he is currently recovering from surgery. He had a collapsed lung, broken ribs, and severed his spinal cord. He has no feeling from his belly button down and isn't expected to walk again. He will be in Vegas rehabbing for many months. Once he is home modification will be required so it is handicap accessible. He will be unable to return to his current job which is a huge stress for him and his family. Kyle just recently proposed to his girlfriend April and their wedding is set for next January. Kyle is caring, selfless, and always has a smile on his face. He is a great friend and would do anything he could to help someone out. We would really appreciate any help so he and April can focus on his healing. Thank you and God Bless. 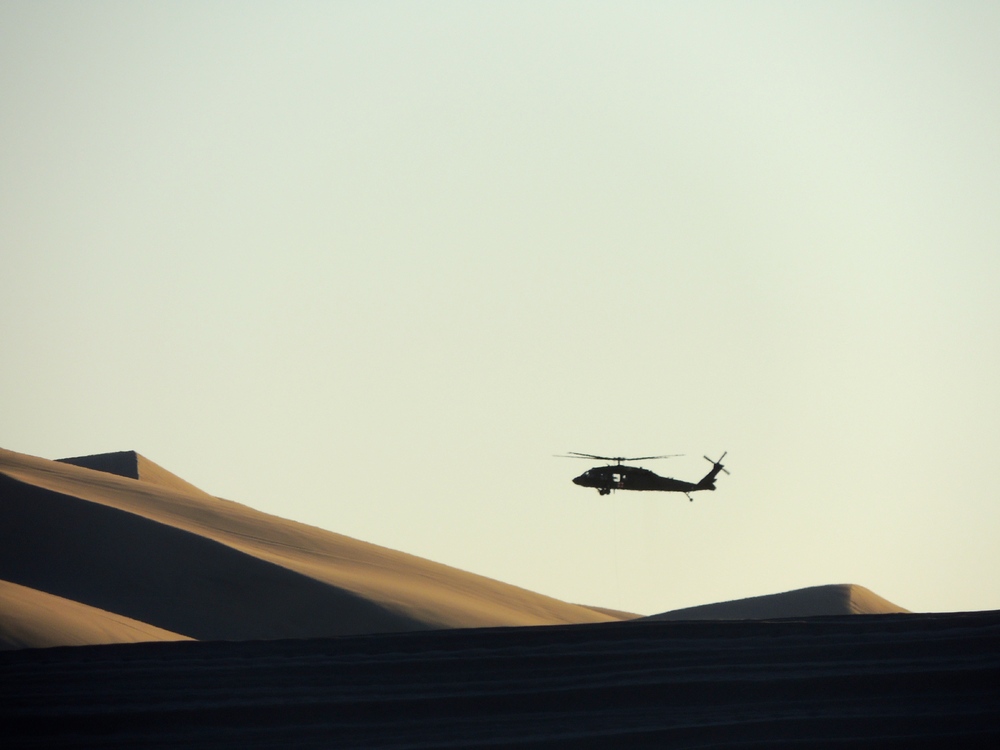 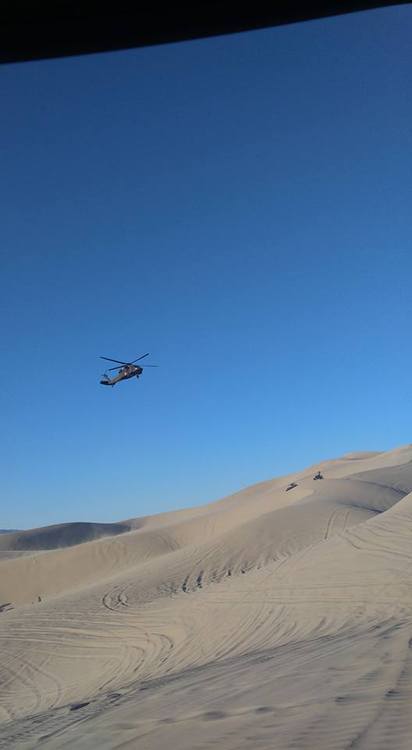 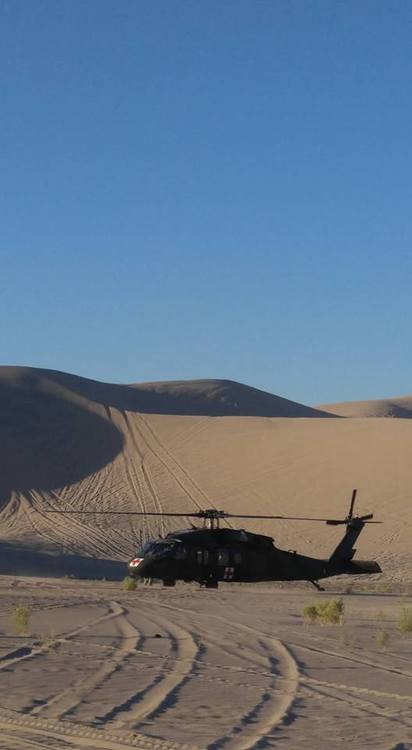 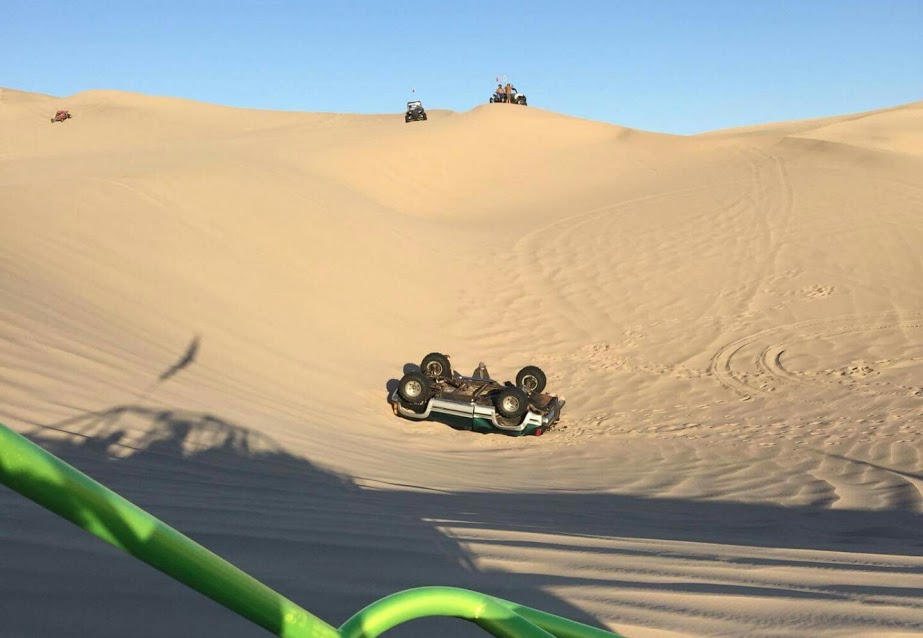 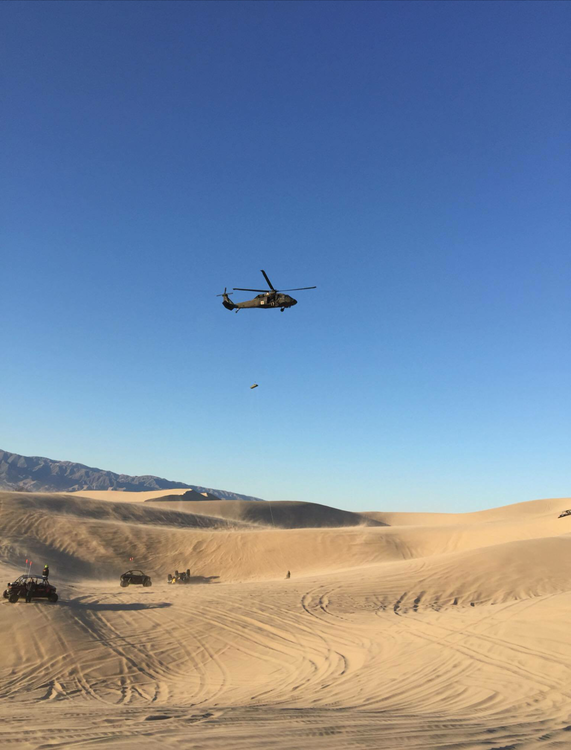 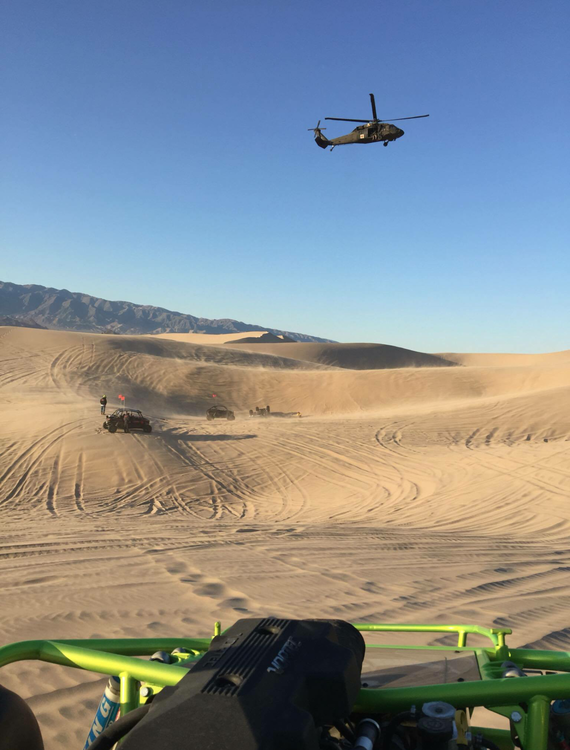 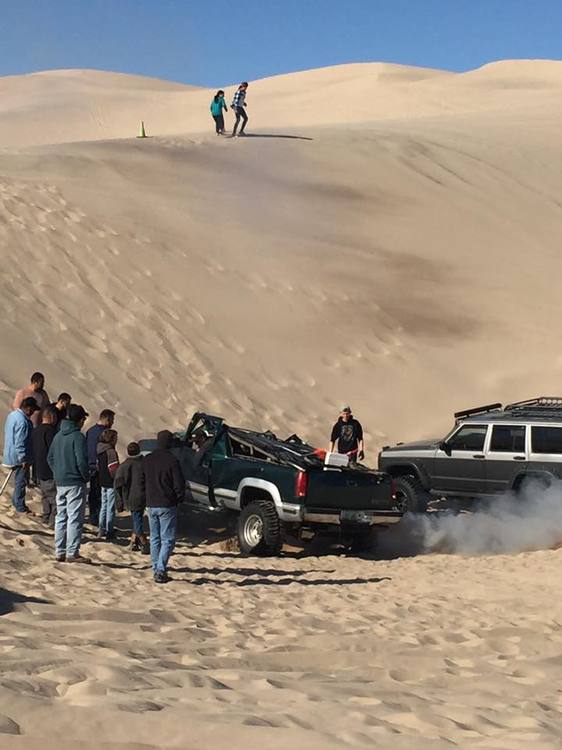 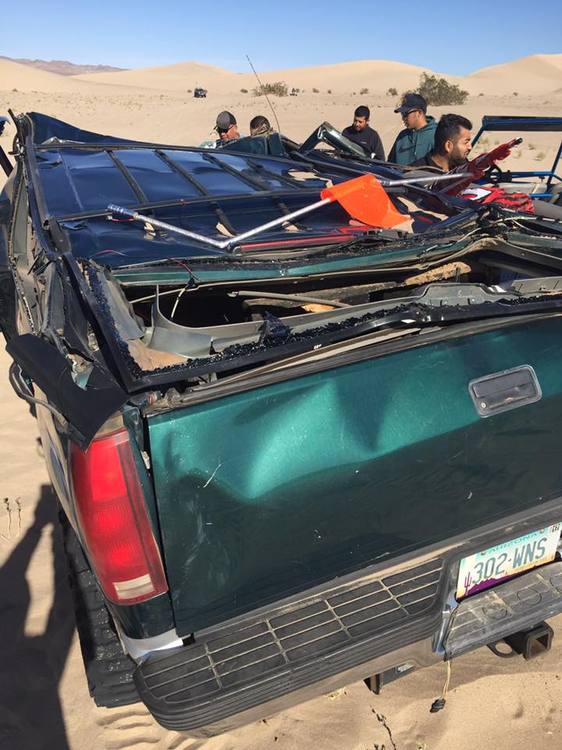 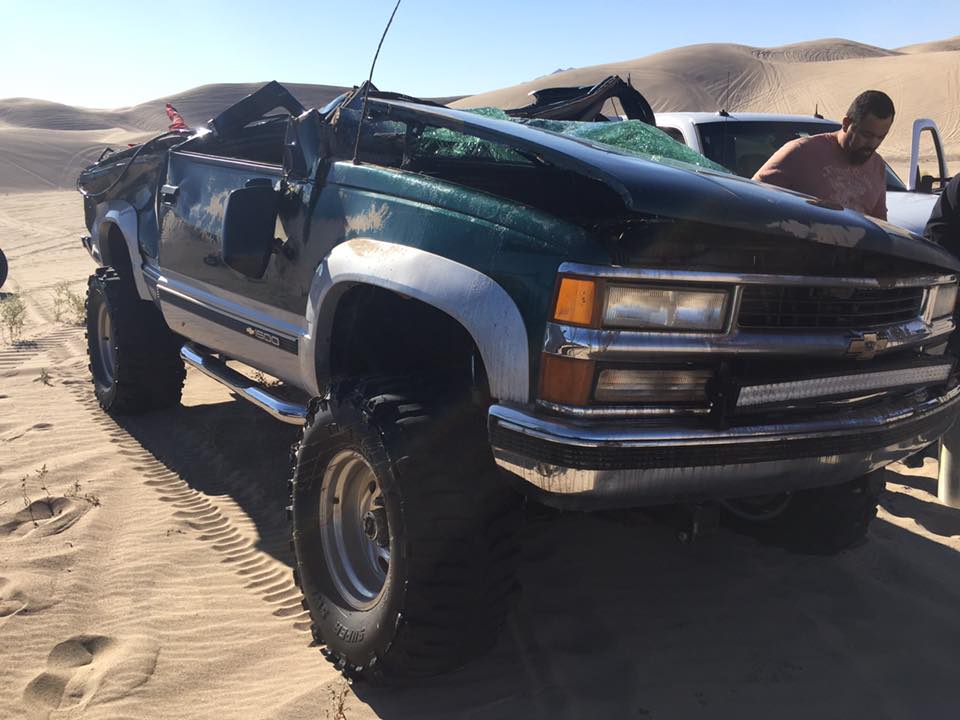 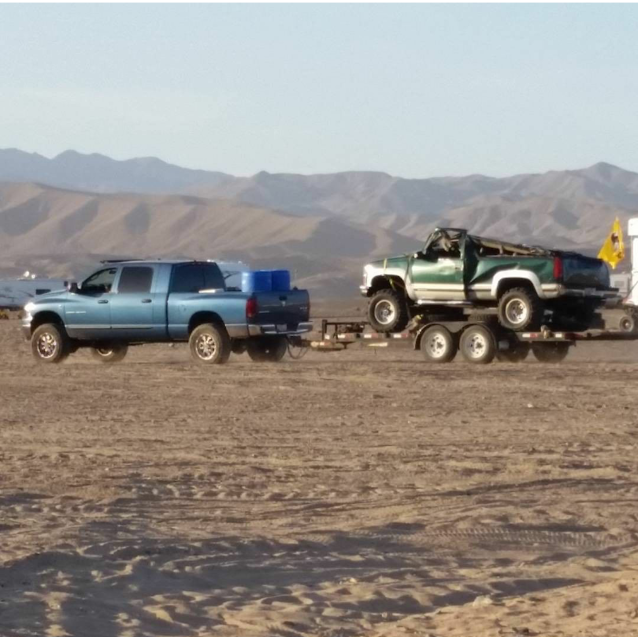