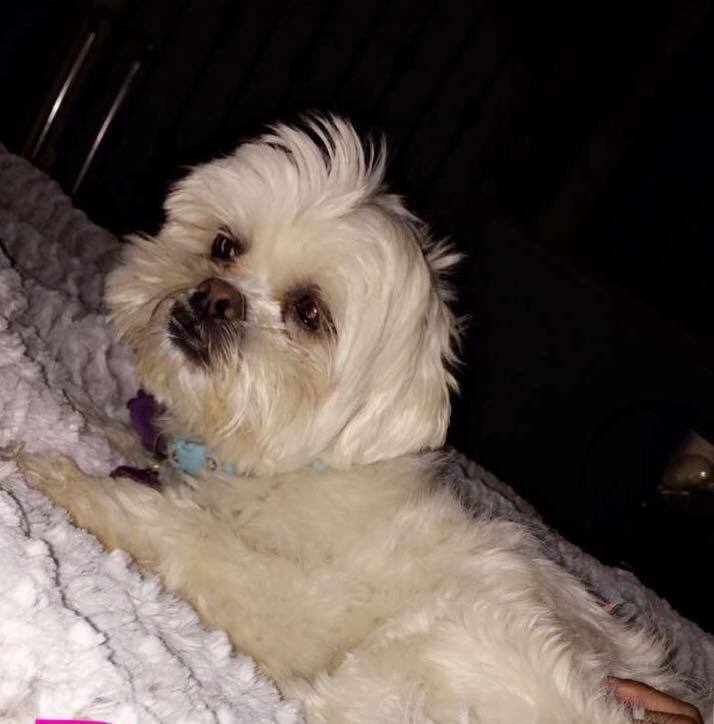 Over MLK Weekend, little Keven was spooked by fireworks and ended up running off and getting lost. Her owners looked all over for her with no luck. Word quickly spread on social media and the forums, but she was still nowhere to be found. The following weekend, DDR members who were headed out kept an eye out for her hoping she would show up. There was no sign of her though.

Two weeks later, a couple duners were pulling into Dumont and spotted a little white dog on the side of the road. It was her! She was frightened and wouldn't even come towards them when they tossed treats to her. She began running towards the highway but they managed to steer her towards the camps. She ran up to one of the first camps at the top of the hill and hid under their trailer. When everyone found out it was the little white Poodle/ Maltese mix dog that went missing two weeks earlier, they were all shocked. She was skin and bones and had to be starving. It's a miracle she was able to endure the freezing temperatures and predatory coyotes. They called the owner and took good care of little Keven until she was able to drive out and pick her up.

It's always good to hear outcomes like this. It's proof you should never give up! Congrats to Yessica on finding her little fur baby.