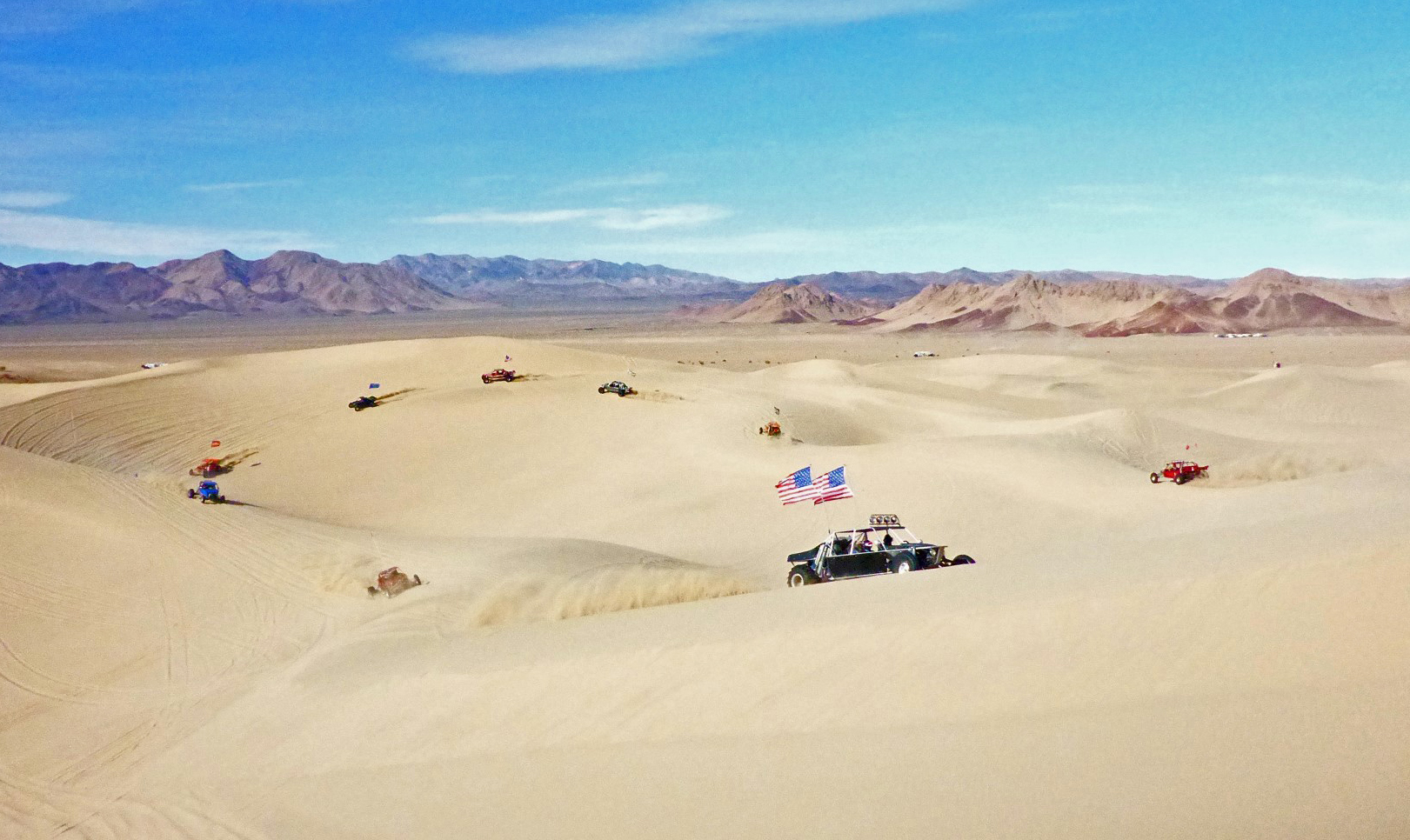 Another epic weekend of buggy action is in the books. Over 30 buggies showed up to this year's 4th Annual Buggy Roundup, once again, forming a huge circle. Many showed up as early as Thursday to make the most of the weekend. By Friday morning, we already had a full camp with sandrails ranging from home builds to Tatum prerunners. Day trippers filled in on Saturday and it was one of the largest Buggy Roundup camps we've had yet. 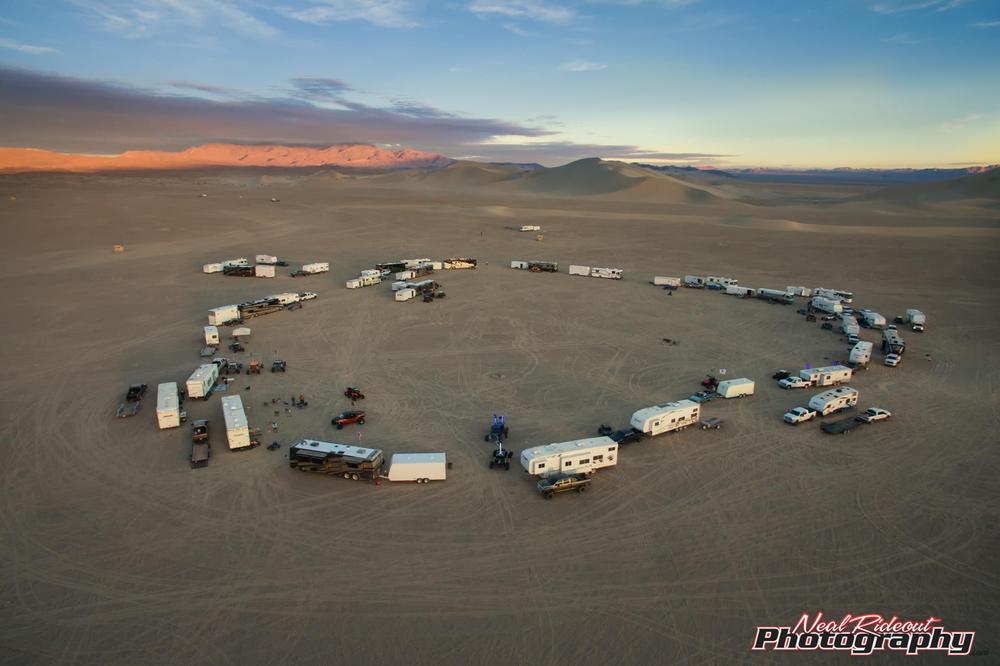 The reason for picking an off-weekend in the middle of December to get together is simple. The dunes are empty. Other than our camp, there were only 4-5 other groups in the whole camp area. The dunes were ours and they couldn't have been in better shape. Starting out on Thursday, the sand was untouched with an abundance of razorbacks and witch eyes. You wouldn't think thousands of Thanksgiving weekend duners had just been there 2 weeks prior. @vegas style and @Mike @ GTP OFF ROAD were the first ones to lay some tracks on Thursday. 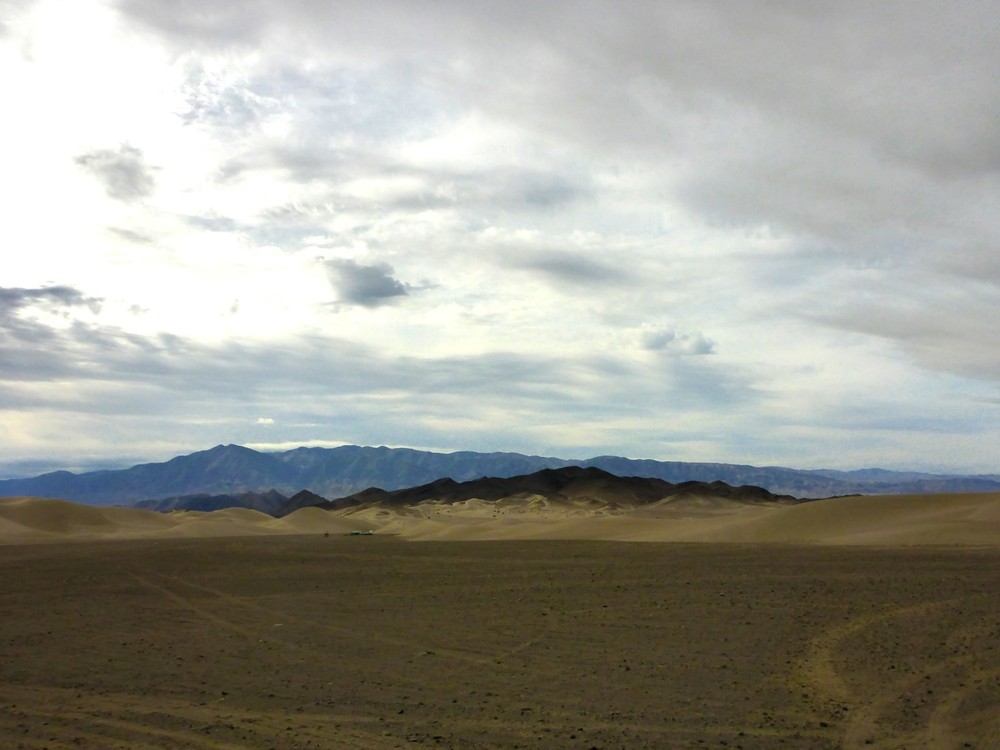 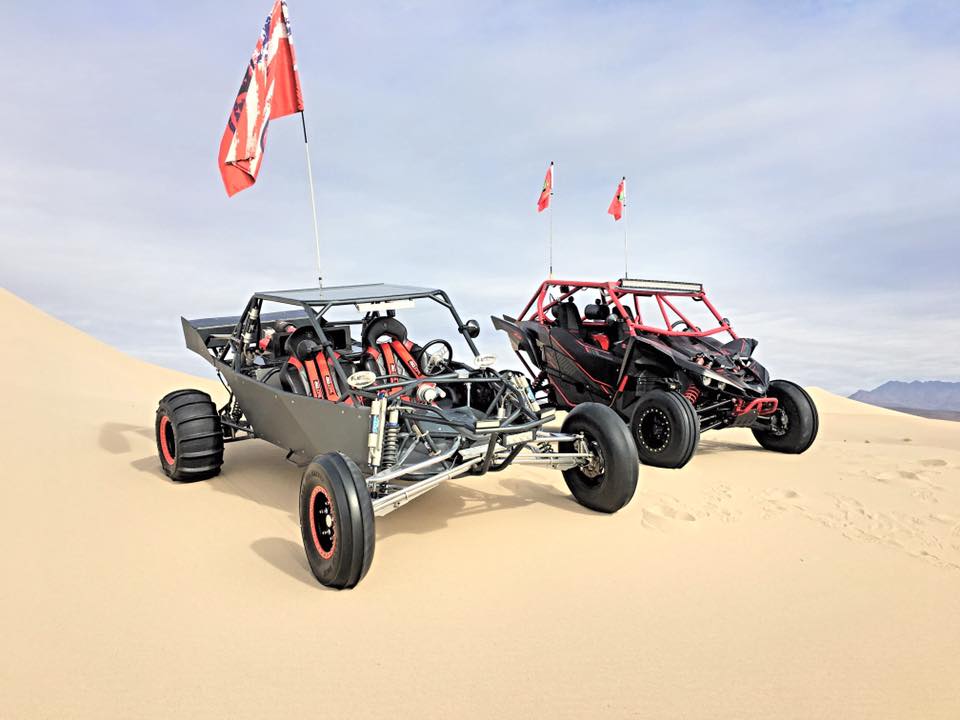 Friday morning, the rest of the group had their first run and were able to shred some untouched sand.  The weather cooperated very well for our trip. Although there was 0% chance of rain all weekend, winter clouds covered the sky. They made for some stunning sunsets though. By Friday afternoon the clouds had broken up and some occasional sunshine came through. The temperatures were perfect during the day and dropped to the low 40's at night requiring a nice fire to stay warm. Sunday was the warmest day with temperatures rising close to 70 degrees. It was t-shirt weather in December!

The idea behind the Buggy Roundup is the meet and run with other buggy owners. We all share the same dunes but rarely ever get the chance to get to know each other. Occasionally you might chat it up with another buggy guy at the north pole or give a wave as you pass each other in the dunes, but what other weekend can you hop in line together to shred some sand without the stress of holiday dune traffic?

In addition to the great group rides on Saturday, we had a buggy weigh off. One by one, everyone lined up with their cars for the chance to see what their buggies weighed. The numbers ranged ranged from 1350 to as much as 3600 lbs. Some were surprised to finally see how heavy their cars were. Most of them were more than expected. 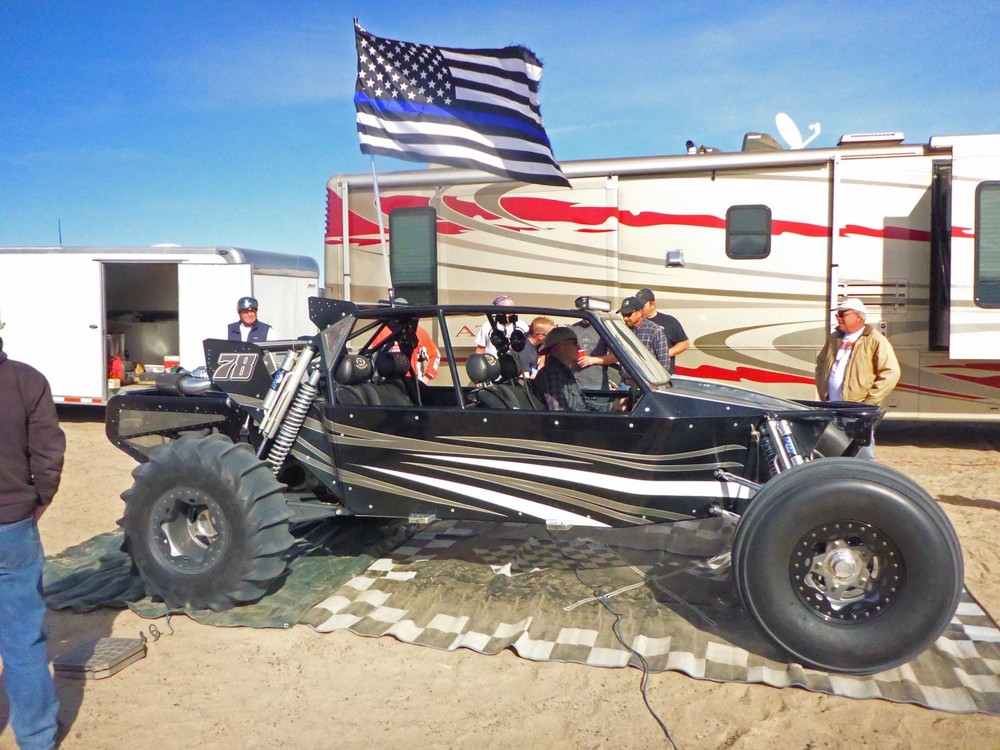 The Saturday afternoon group dune run was huge! The line of buggies stretched over several dunes. We started on the south end, like most of our dune runs, and ended up out at Talladega for a group photo. 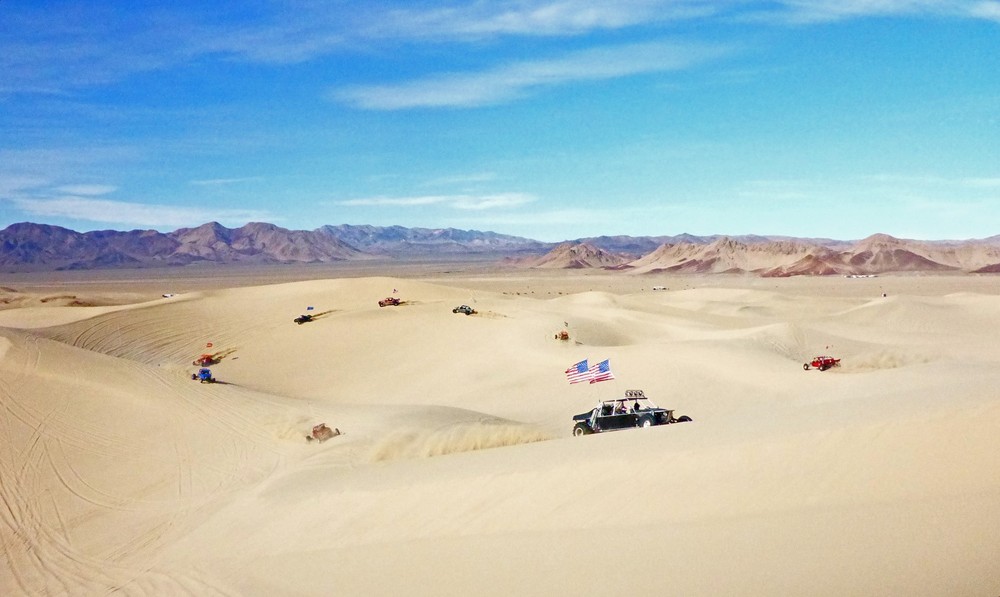 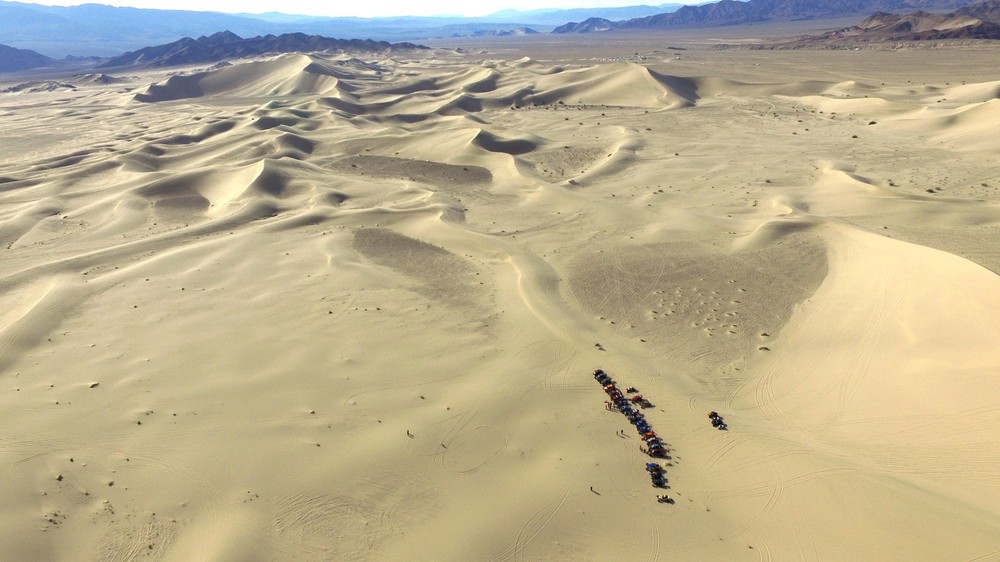 Buggy Roundup wouldn't be complete without someone going big! After the group ride, we headed over to the jump south of Comp for a little DDR "huckfest". Everyone hit the jump at least once. Some didn't get any air at all in hopes of not breaking their car while others went big. It's usually the bigger cars that have the suspension to huck it. It's never really a competition, but in the end there is usually 2-3 guys left jumping and everyone else watches and cheers them on. This year Rob, aka @jetjock15, took the win for biggest air and bragging rights. 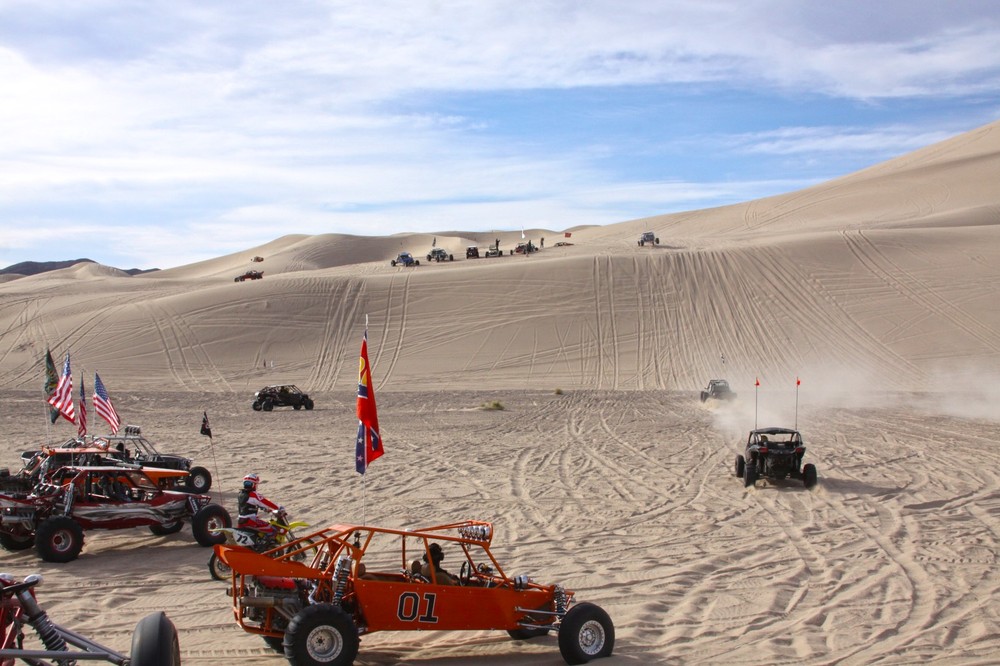 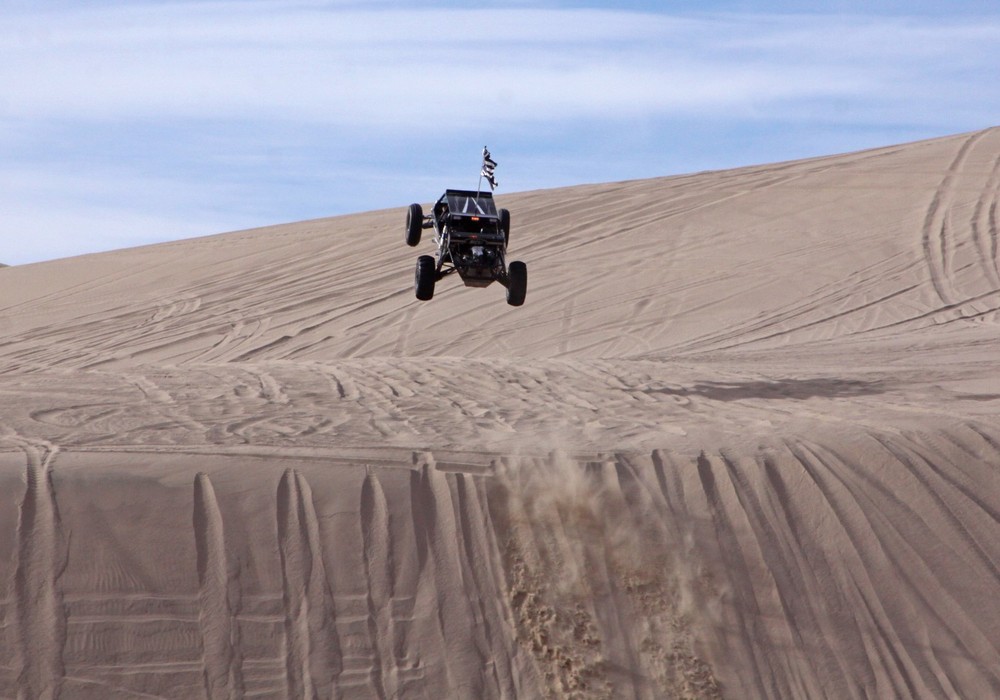 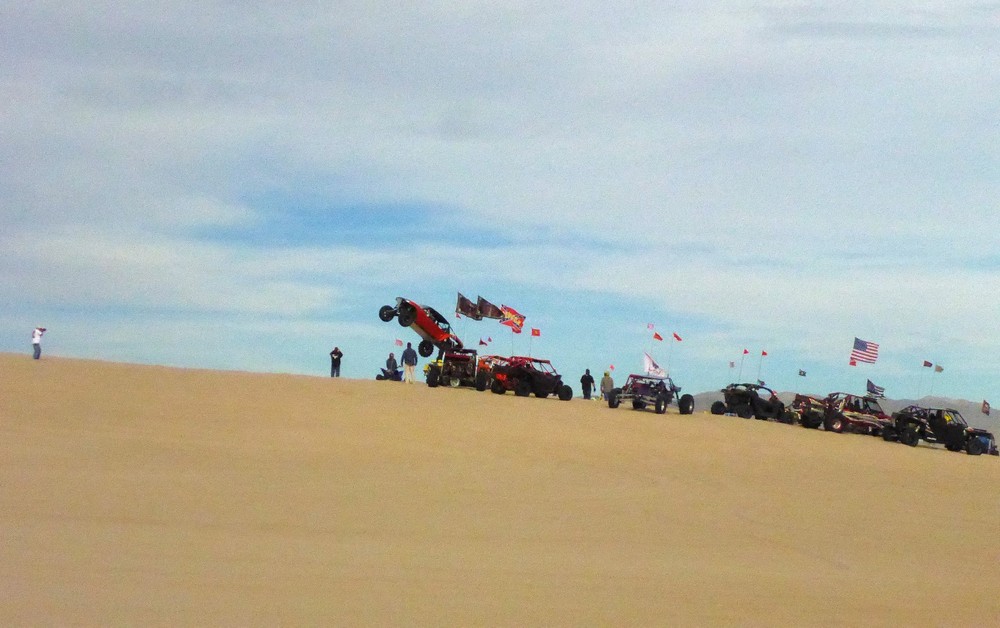 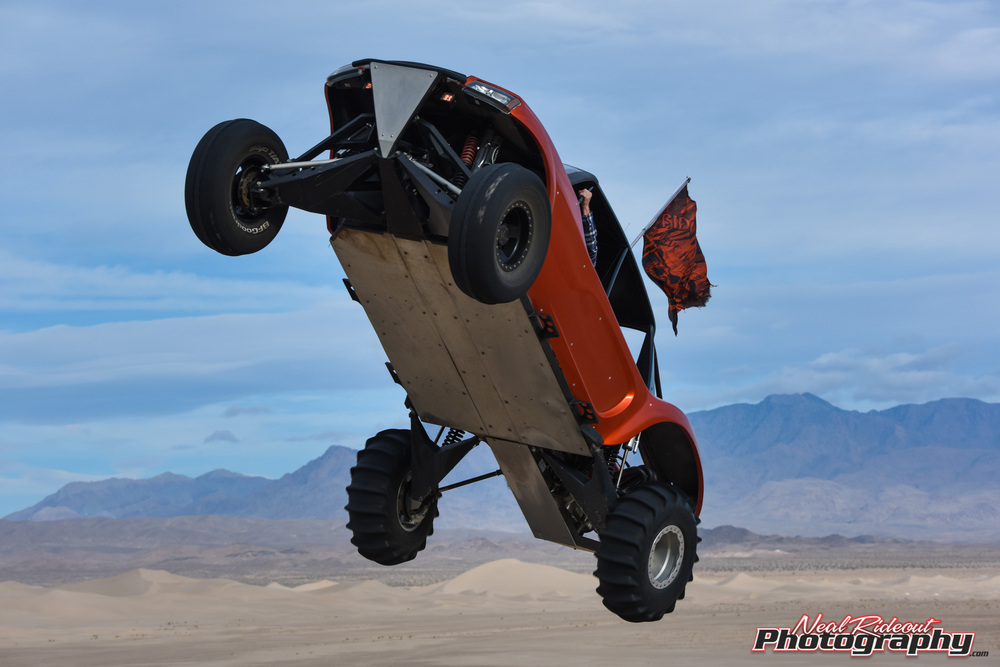 Saturday night DDR hosted tacos and UFC. It was our way of saying thanks to everyone who came out. We had carne and pollo asada tacos, homemade chili and some ceviche. Everyone grabbed some grub at the taco line and warmed up next to the fire for the fight. UFC was projected on the side of a trailer and lasted most of the night with some good entertainment. 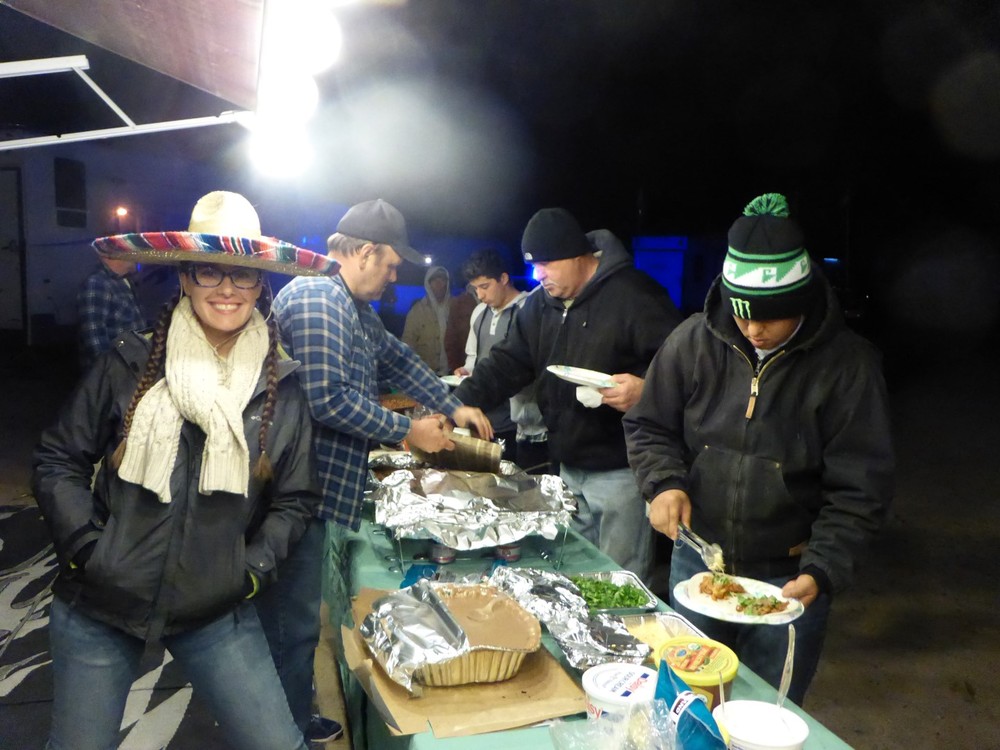 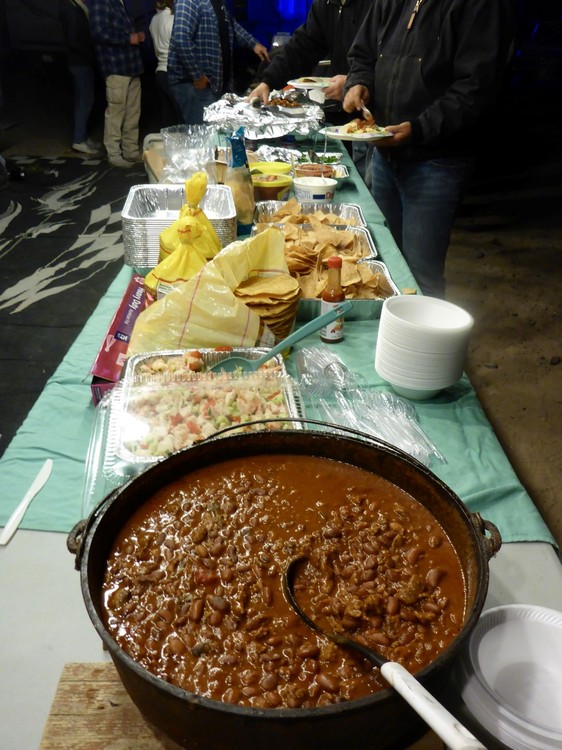 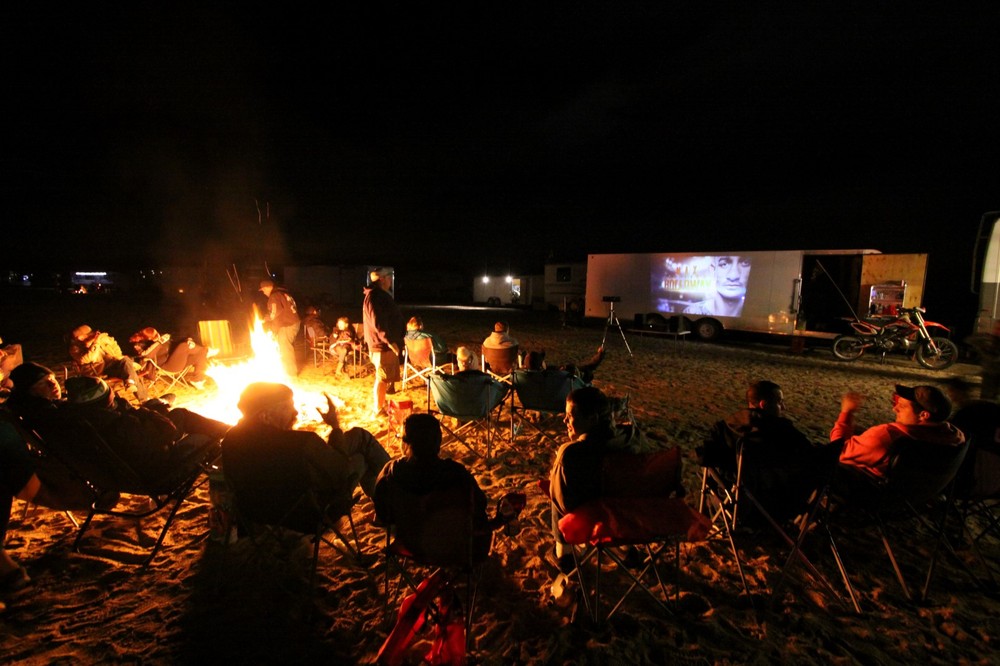 Thanks to everyone who came out this year. We're looking forward to seeing everybody again at Buggy Roundup 5.