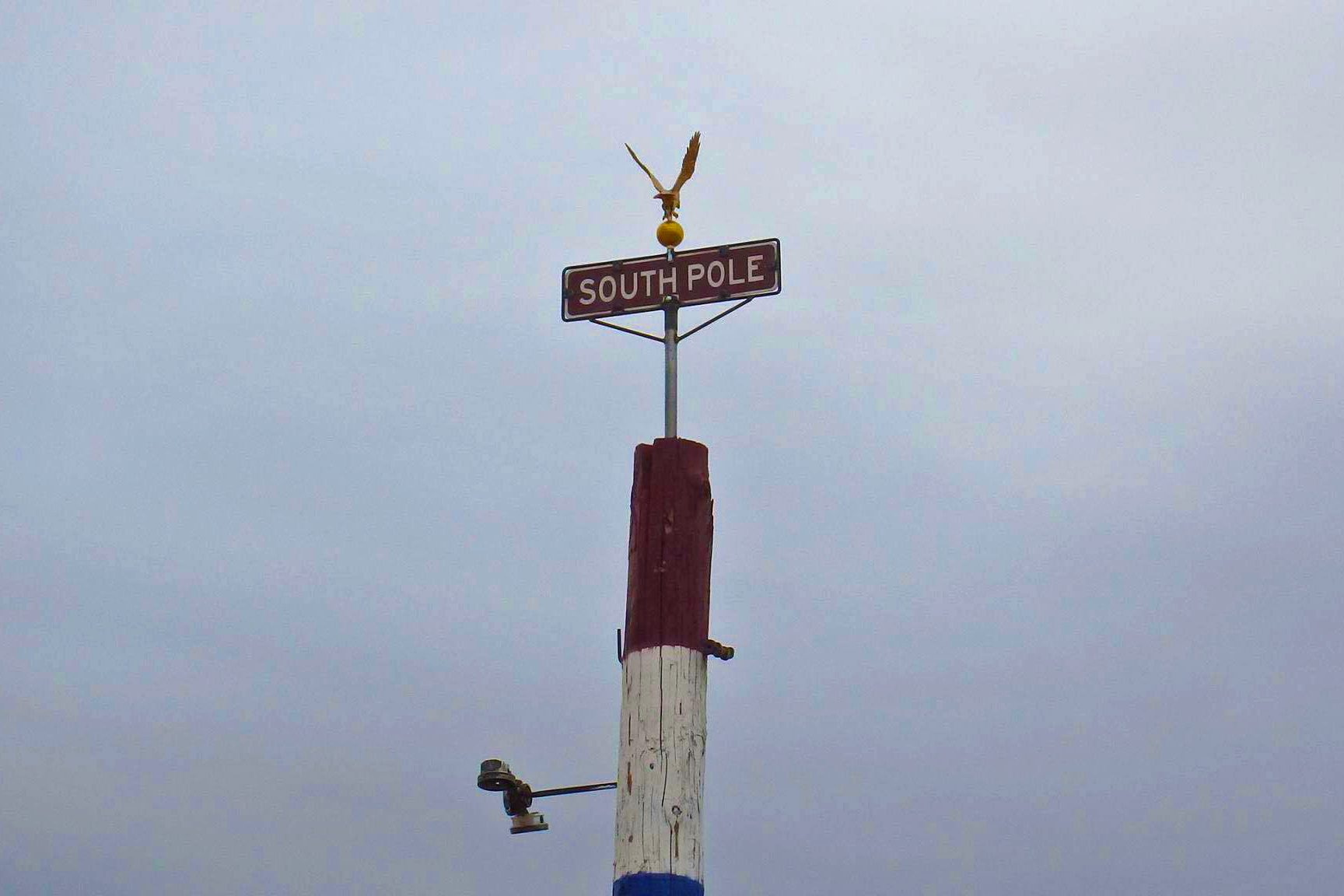 Dumont Dunes has many landmarks that duners commonly refer to; the North Pole, Comp Hill, Banshee Hill, the Superbowl, etc. The North Pole has been a popular destination for riders for years. If you've been to Dumont, chances are you have ridden out there and visited the mailbox. But how about the South Pole? Have you been there? Back in 2006, some of us from DDR felt we needed an additional landmark. Here is a little history of the South Pole and what it now looks like as of Presidents Weekend 2017.

A group of us from DDR decided Dumont needed a South Pole. After all, how can we have a North Pole with no South Pole? We wanted to have another landmark where we could ride and meet up with others from the site. We picked the south-most corner of the dunes where it was still legal to ride. Located out in the rocky sand hills overlooking the Salt Creek Hills and Sulurian Valley, it felt like the perfect place to put it up. You could get there from the finger dunes that connect to the big dunes in the south or you could take the sand highway on the eastern edge of the dunes. Another option would be to ride from the camp area via the trails on the back side of the rocky hills.

The original South Pole was simple. It was just a red pole with some reflective stickers for visibility at night and some DDR stickers of course. We hauled the necessary tools and supplies out with a truck and after a little group effort of digging the hole, the Dumont South Pole was established! 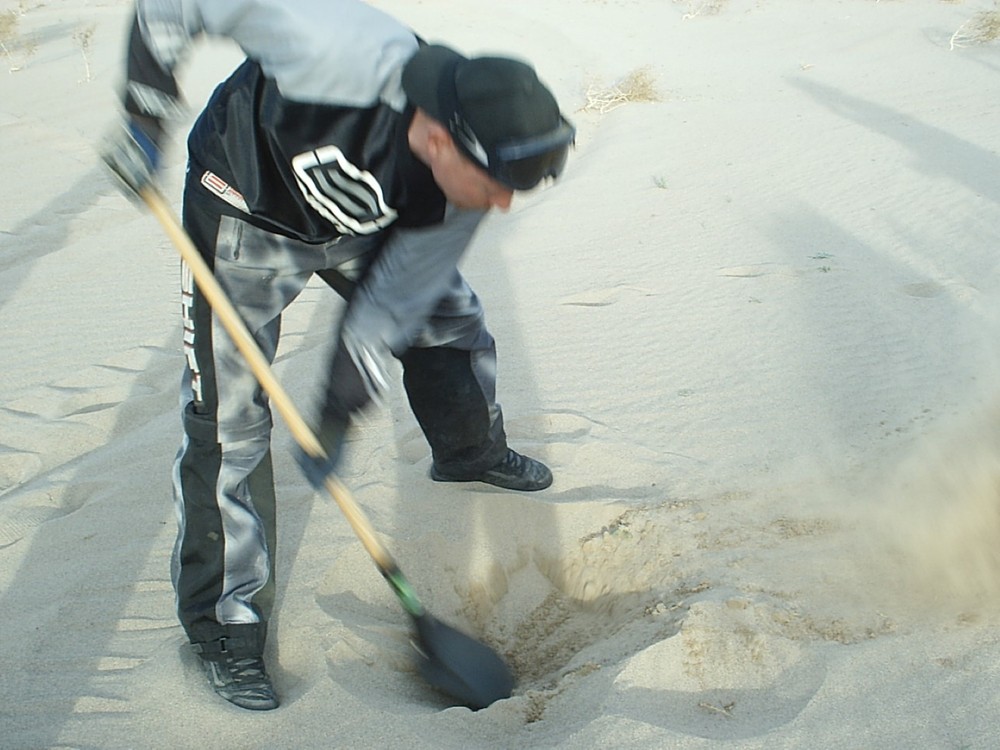 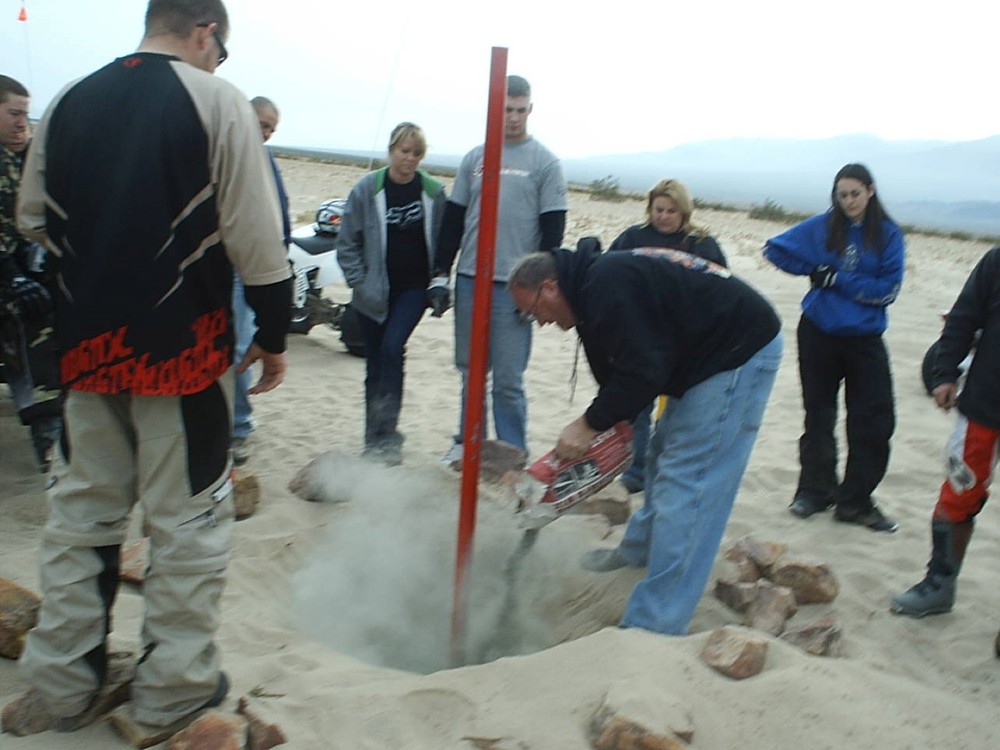 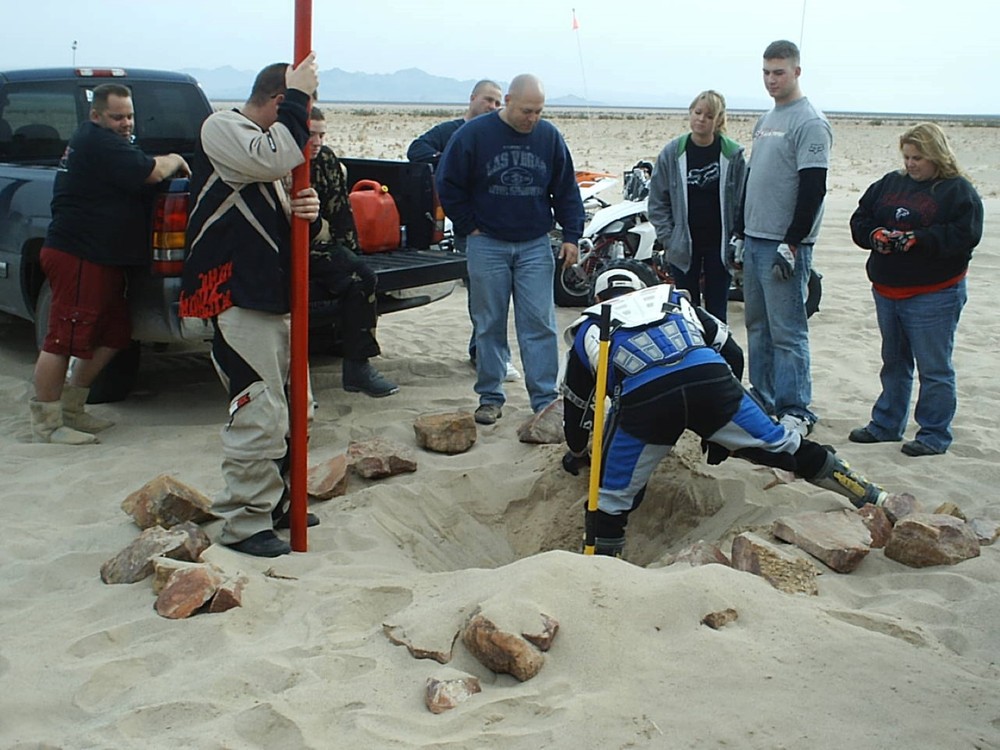 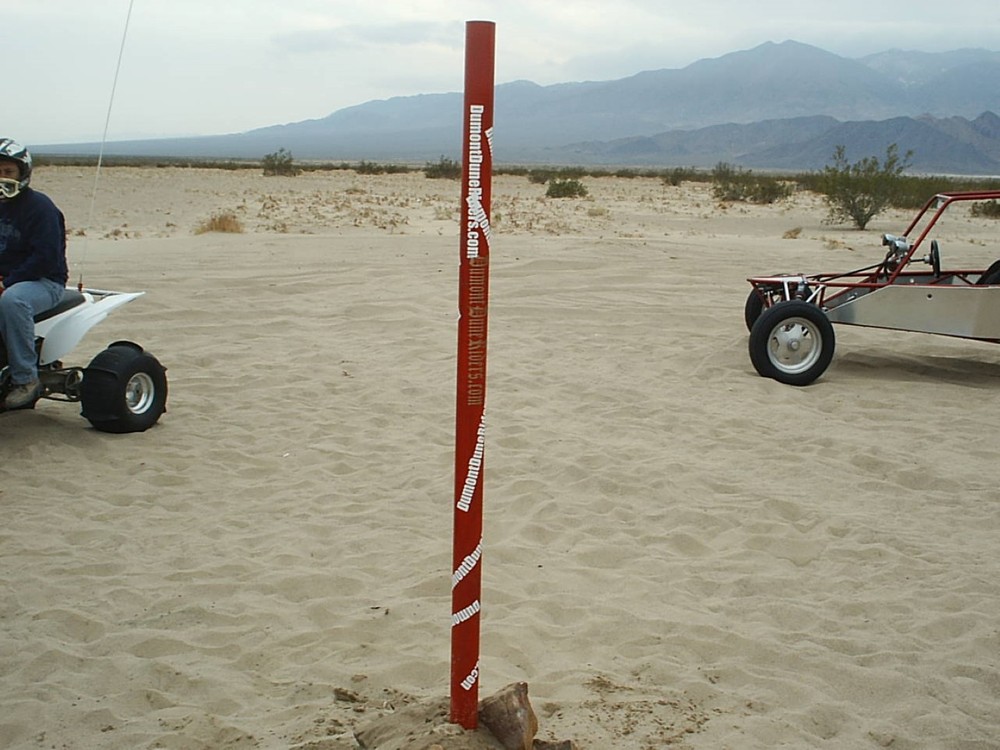 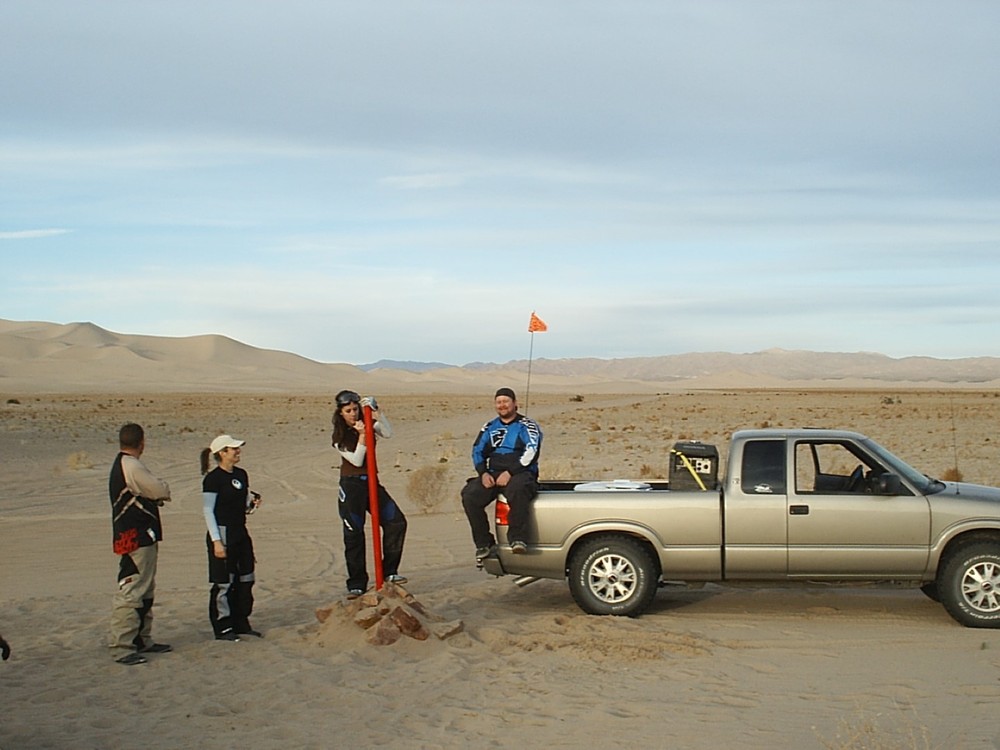 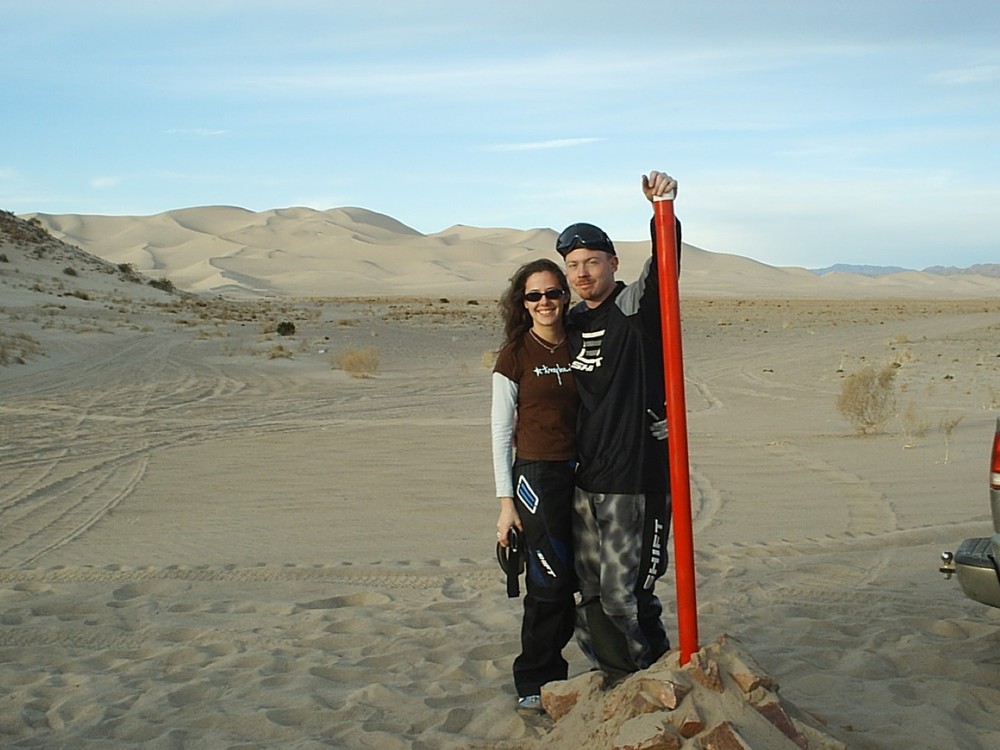 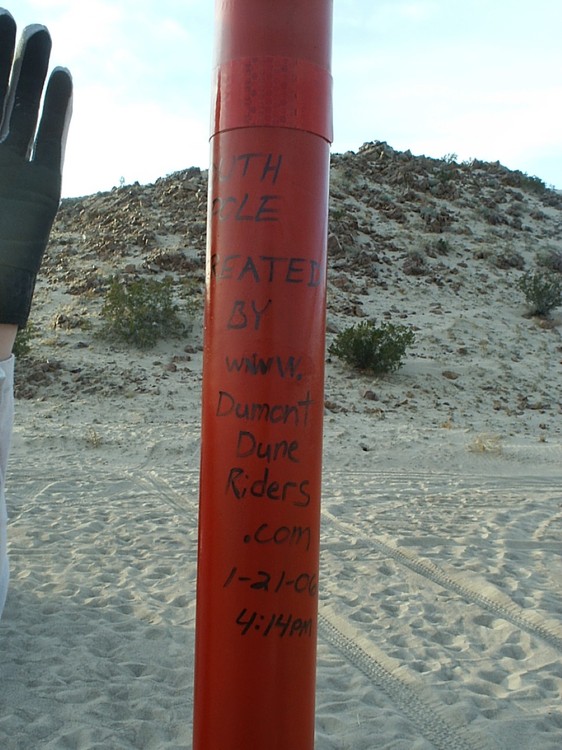 For a while, it was new to most and we made it game for others to find and post a picture next to it. Although it's extremely easy to find, some still had no idea.

Trinkets and items started appearing on the South Pole. More and more stickers were placed to decorate it and give it some character. Riders would visit the South Pole, kick back and enjoy the nice view of the dunes. It offered much better looking backdrops than the North Pole. 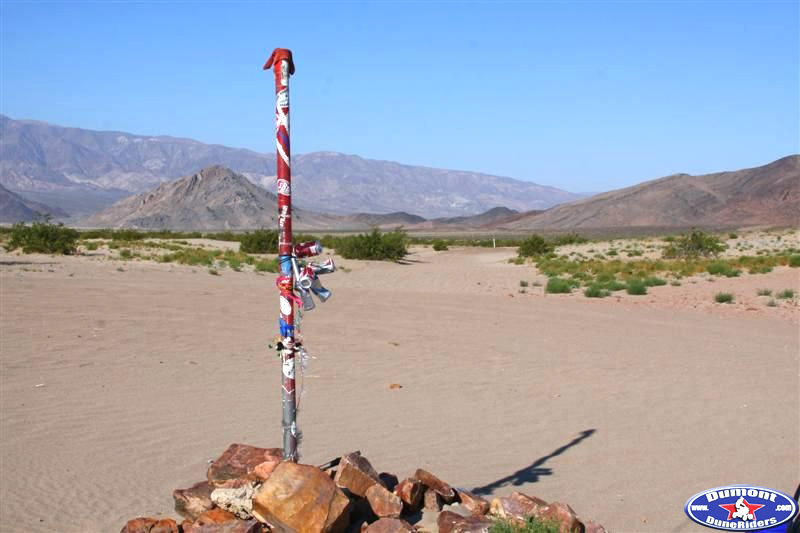 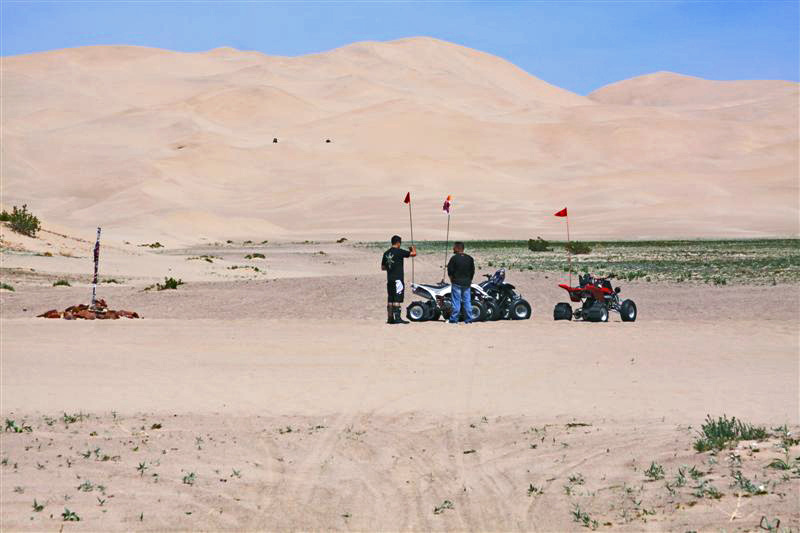 For many years, the South Pole was used as our meeting place for DDR Meet & Greets. On the Saturday of every holiday weekend at 2PM, DDR members would meet up at the South Pole to say hi, meet some new faces and chat for a bit. It was a fun and social informal meet up that many would normally look forward to. 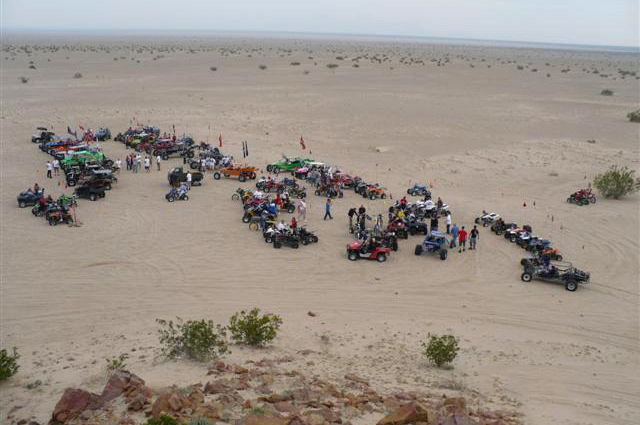 December 2009: The military mailbox was added

Some additional members of DDR decided to add a mailbox. Since the kids wrote letters to Santa at the North Pole, they felt the South Pole would be a great place to write the military troops. DDR member, termiteslayer, took it upon himself to collect and mail the letters each time he went out. 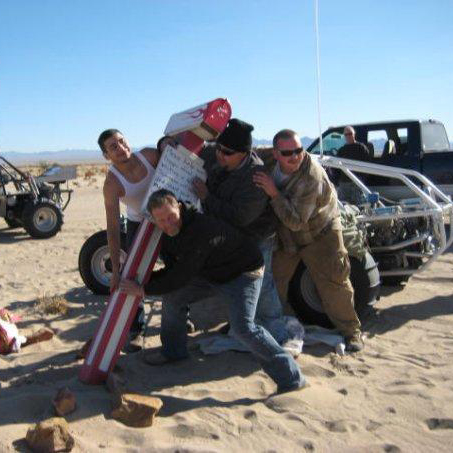 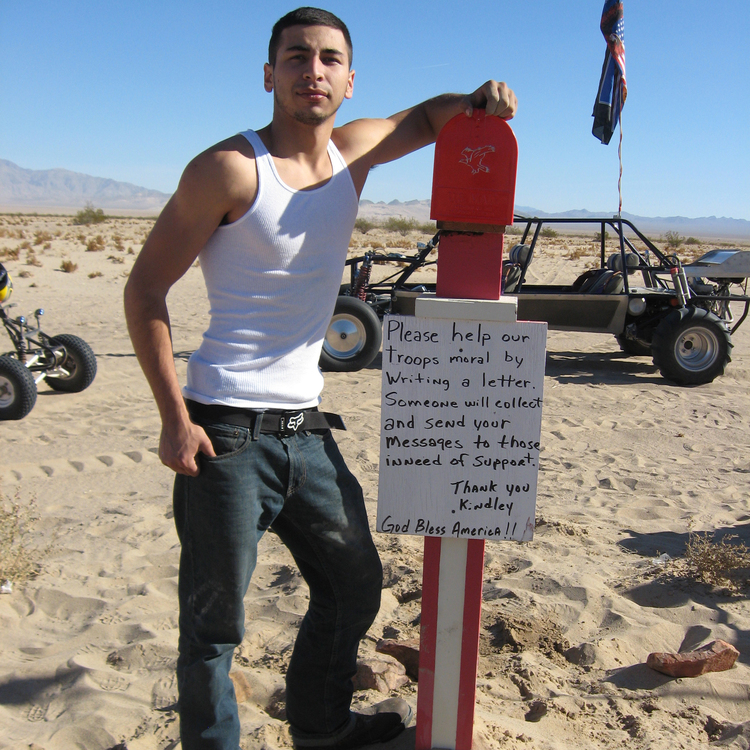 Feb 2017: The South Pole Gets a Makeover

Over President's Weekend, the "Regulators" group gave the South Pole a face lift. A supersized pole was erected and put into place. A large telephone pole, painted red, white and blue, was garnished with buggy parts that have been claimed by the dunes over the years. The parts were made into art to resemble a person, a dog and a buggy doing a wheelie. Up top sits a nice, big "South Pole" sign. They used two RZRs to hoist it into place by means of some cables and eye hooks attached to top of the pole. 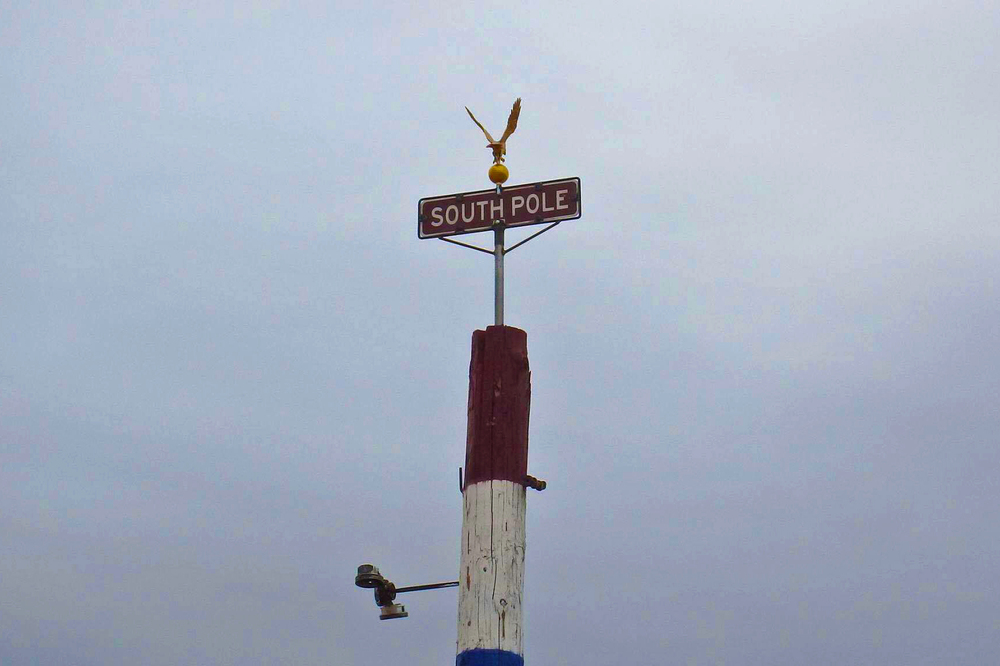 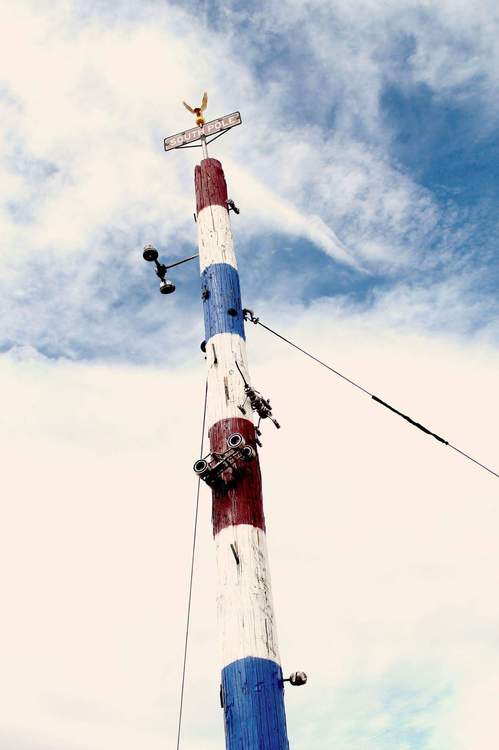 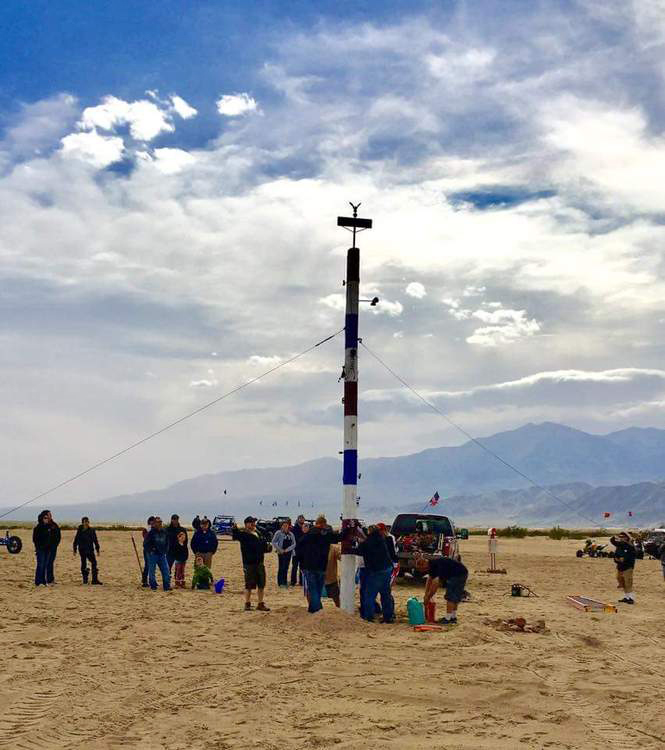 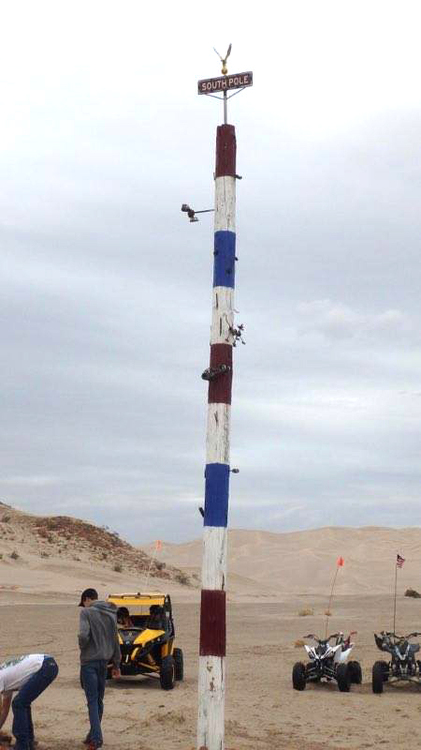 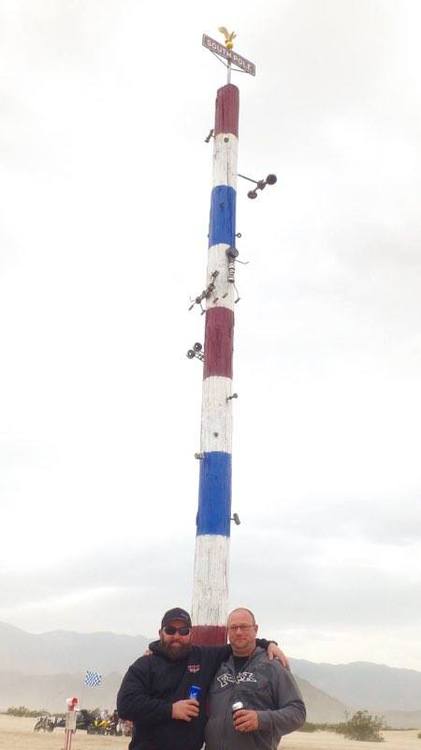 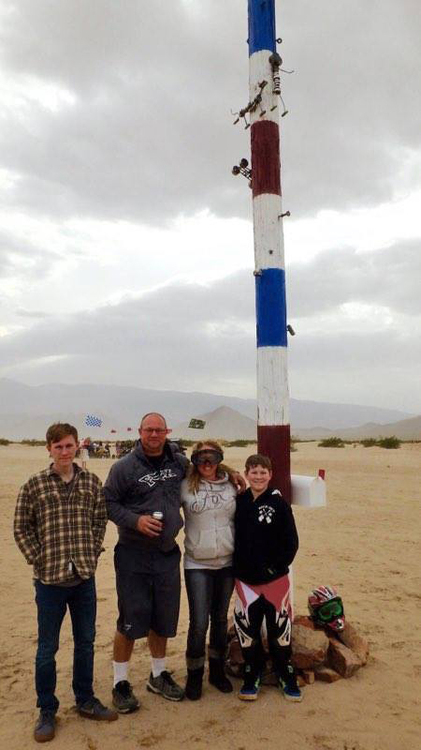 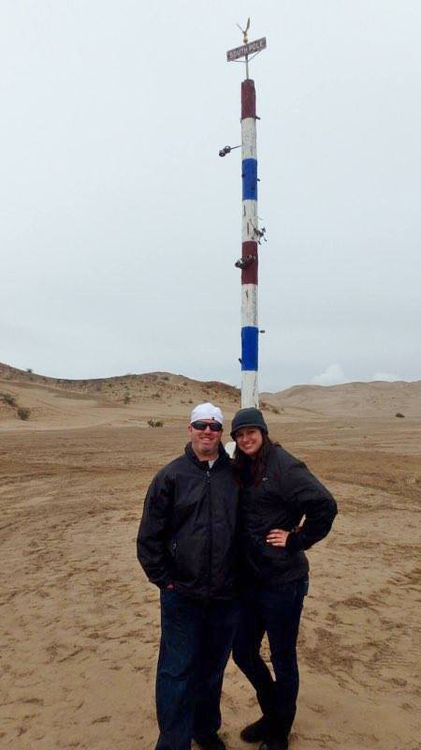 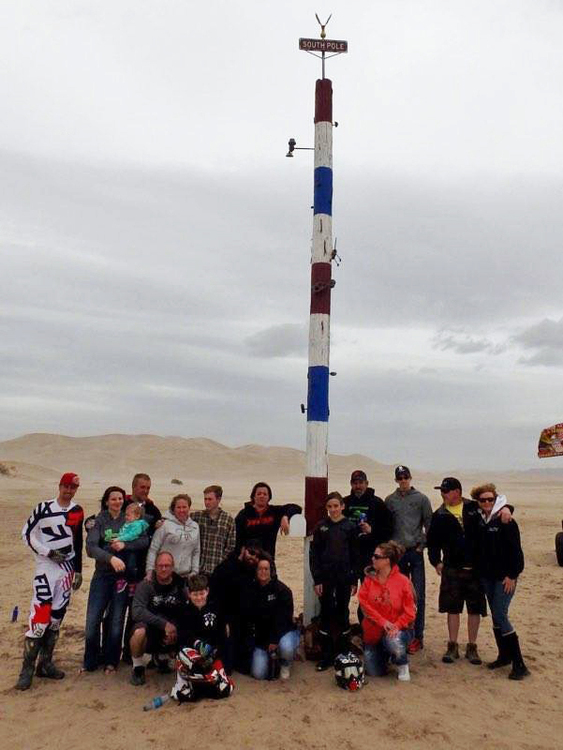 Great job on the Regulators part in reviving an old tradition with the passion we all share. It's group efforts like this that make Dumont a fun community and place to be a part of. Now that you know a little history of the South Pole, stop by the next time you are out at Dumont Dunes and be part of the tradition.